In 1914 Ernest Shackleton, intent on completing the final conquest of Antarctica by crossing the continent from sea to sea, arrived at South Georgia and prepared for the trans-continental journey. He sought information from the whalers on the likely weather conditions, and despite their warnings of ice far north that season, set off with the crew of the Endurance on the 5th December towards the Weddell Sea. The story of the Endurance expedition that unfolded is one of the great tales of polar history, and is central to the history of the island of South Georgia.

Follow the journey of the crew of the Endurance below.
View 1914 Imperial Trans-Antarctic Expedition

View the Shackleton related artefacts held at the South Georgia Museum through the online archive.

Find out more about Shackleton’s birthplace of Athy in Ireland, and the Shackleton museum there.

Below are private diary extract from Sir James Wordie who was the Geologist and Chief of Scientific Staff, Imperial Trans-Antarctic Expedition of 1914-1917.

Courtesy of his Grandson Roddie Wordie and The Ultimate Travel Company. 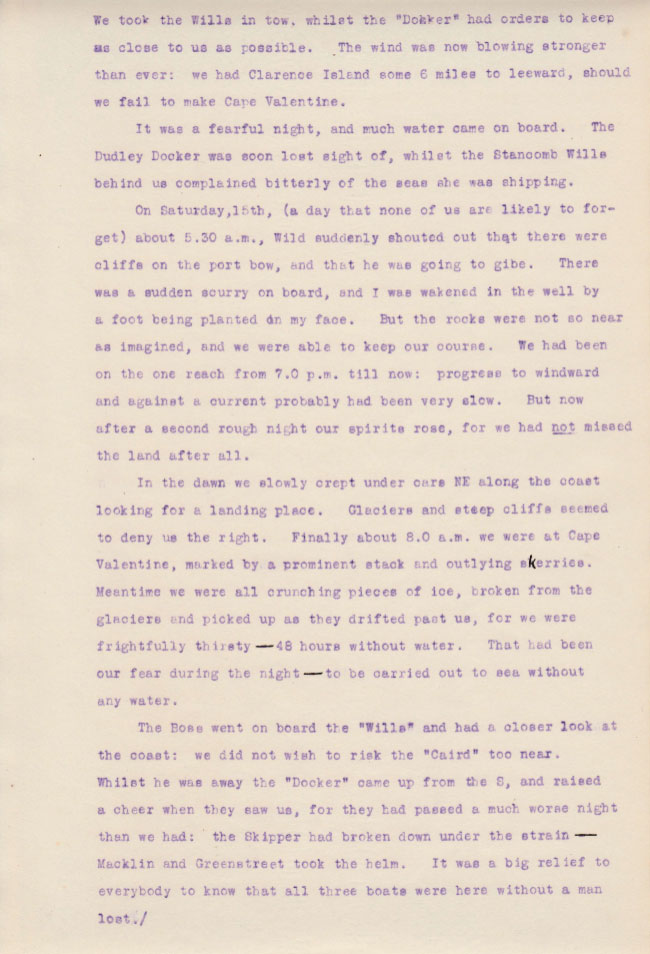 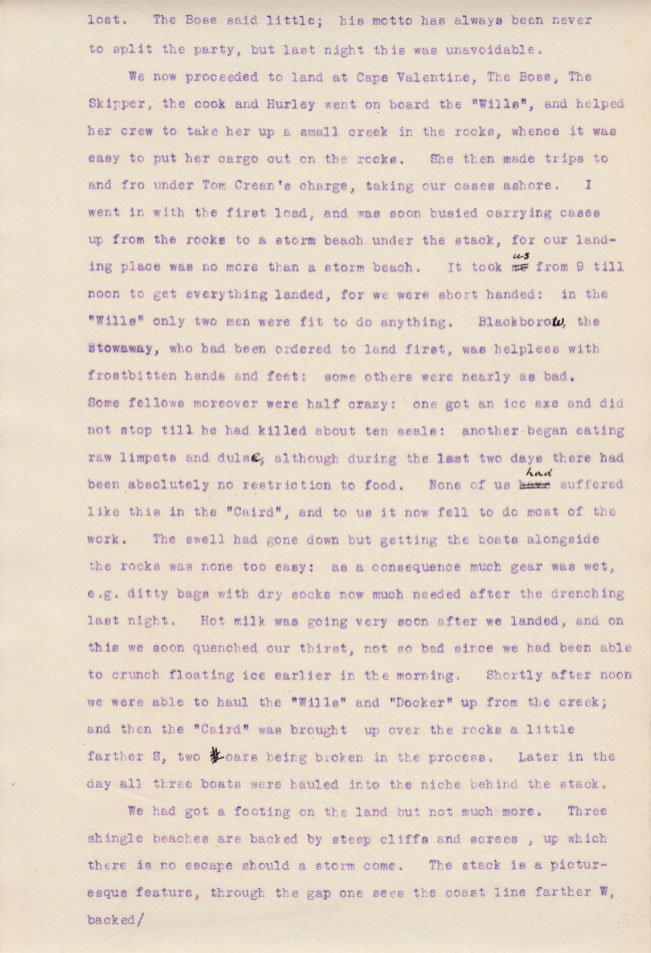 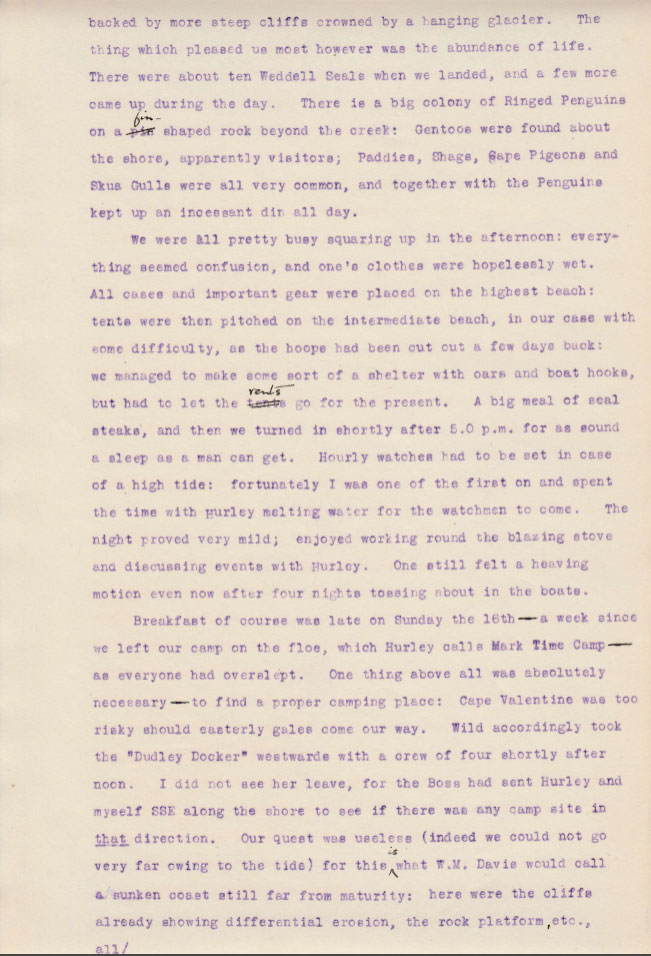 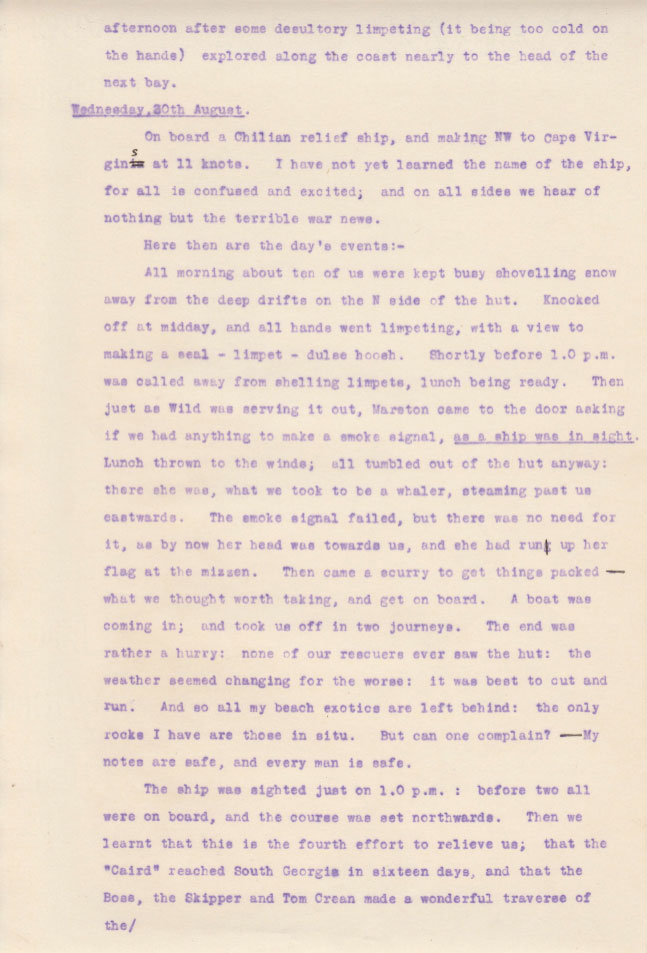 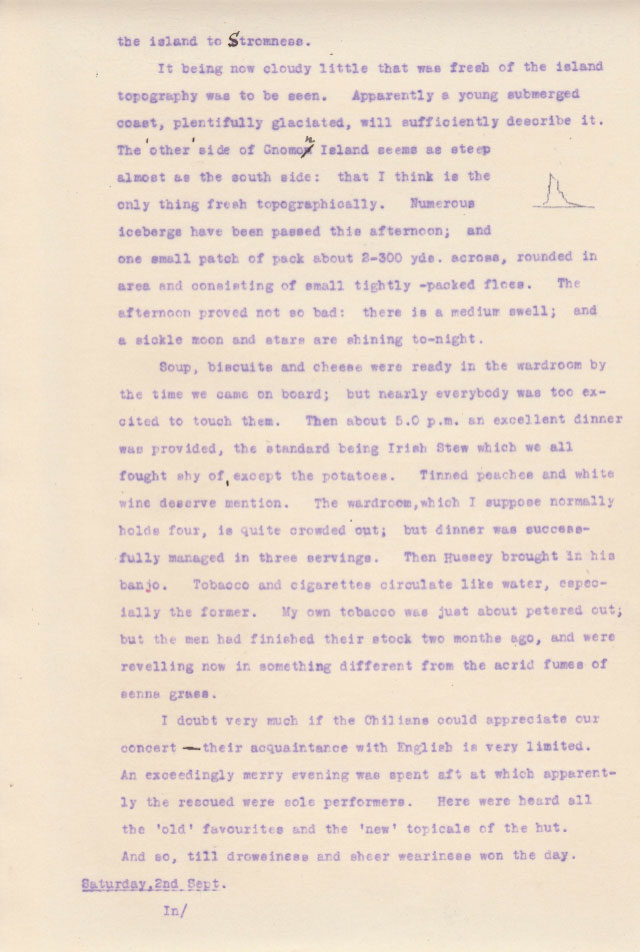